The team of Wings of Help/LOG returned yesterday from its mission to Puerto Rico after delivering a large generator to help restore some energy. This mission was really important for about ½ of the population still has no electricity and no running water.

Puerto Rico, December 2017, it has been eight weeks since hurricane Maria swept over the island and leaving her practically in ruins. Hurricane Maria is considered the worst storm since one hundred years. The situation in the two large cities, the capital San Juan and the city of Ponce has become almost near normal. The situation of the rest of the island is so frustrating and hopeless for the people. The national coordination of FEMA just does not function to help the people.

Hurricane Maria was a severe and powerful tropical storm, which first went over Dominica, on its way also more islands in the northern Antilles, and then struck Puerto Rico and the Dominican Republic with all its force causing heavy damages.

The wind force doubled within 24 hours from 130 km/h to 260 km/, that being the sign of the severe damages.

Helpers from Wings of Help/LOG driving across the island finding a picture of total ruins. Whole houses are hanging on the slopes. Then they meet José Padilla, he is standing in front half of his house, the rest is buried under dirt, boulders and debris.
He is despaired.” My situation is very bad, the mountain buried my house and I am waiting that someone is coming, some Government Agency to help me. But no one has been here. My distressed wife moved to Texas, she could not take this life any more.”
He stands alone in front of what used to be his house, a group of abandoned pets (dogs) around him. His neighbors had to leave them behind. José is taking care of them now, sharing his small meals with them. 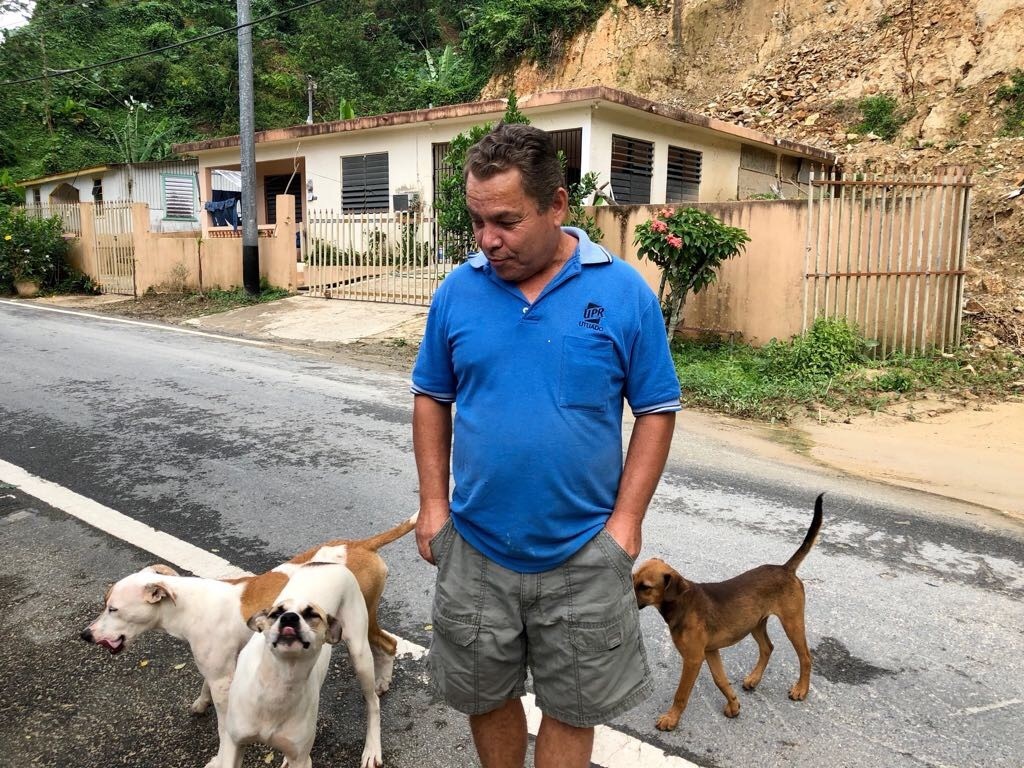 In the city of Ponce, members from Wings of Help meet Sharon Bachman, a psychologist. She helps traumatized children. “With our project we go into schools and try to help the children come through their trauma of the hurricane. We have some exercises for them. We are very concerned about what this kids have gone through in these past month, and one does not know what really goes on in their hearts and minds. We use a cartoon with the mice Trinka and José to work on their problems.” Many of the children use their own drawings to relief their tension and express their feelings. 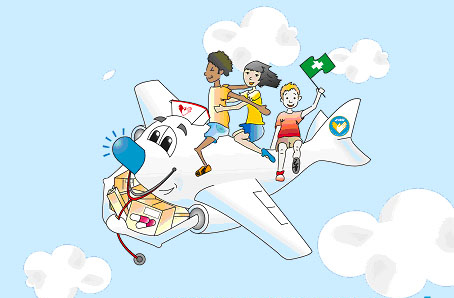